Showing posts from April, 2009
Show all

Offering Rights To Your Poetry

- April 30, 2009
When submitting your poetry to magazine or ezines the editors will usually stipulate what rights they acquire. I’m going to explain each of these so you’ll know exactly what they mean.

1. First Serial Rights. This means that the poem has never before been published and the poet is offering their poem for publication for the first time to the magazine.

2. One Time Rights or Simultaneous Rights means that the publication has nonexclusive rights to publish the poem once. So, basically you can submit your accepted poem to other publications at the same time. It means you retain all rights to your poem.

3. Second Serial Reprint Rights. This means that publications will accept your poetry which have been previously published elsewhere. With these rights you will have to indicate the name of the publication which first published your poem. 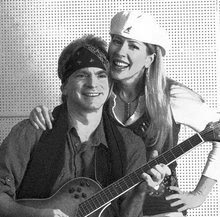 Here is a listing of Sony and Jerry's performances for May and early June. Cafe Divine is a great venue and has wonderful food so I hope to see all you out there this month. Thanks, Jo

A TIP for the budget conscious…(aren’t we all!)
http://www.goldstar.com sells discount tickets for many concerts, plays
and events in the Bay Area.

Performance schedule for May and early June:
* Please note the CONCERT at the Peninsula JCC on June 6th.

Those Dancing Days Are Gone

- April 28, 2009
This song from the poem by William Butler Yeats, composed by First Lady of France Carla Bruni - Sarkozy and sung by vocalist Sony Holland is an absolute favorite of mine. This video was taken at the Sony Holland Rrazz Rroom concert in San Francisco a few weeks ago.
Enjoy!

Those Dancing Days Are Gone

Come, let me sing into your ear;
Those dancing days are gone,
All the silk and satin gear;
Crouch upon a stone
Wrapping that foul body up
In as foul a rag:
I carry the sun in a golden cup
The moon in a silver bag.

Curse as you may I sing it through;
What matter if the knave
That the most could pleasure you,
The children that he gave,
Are somewhere sleeping like a top
Under a marble flag?
I carry the sun in a golden cup
The moon in a silver bag.

I thought it out this very day,
Noon upon the clock,
A man may put pretence away
Who leans upon a stick,
may sing, and sing until he drop
Whether to maid or hag:
I carry the sun in a golden cup
The moon in a silver bag. 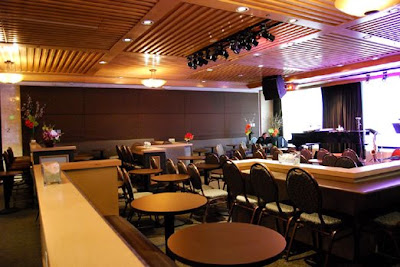 Photo courtesy of Terry Dudlley and www.sonyholland.com - All Rights Reserved


The Rrazz Room situated within the Hotel Nikko in San Francisco is fast becoming the premier venue for entertainment. It has been opened for a little over a year and has attracted some of the Bay Area's biggest names and talents.

The room itself is located in the lobby area of the hotel with a great little bar and lounge setting adjacent to the concert room. The lounge area is one of those comfortable settings where you can just relax and even doze off on one of those gloriously overstuffed couches. Although I don't drink, I've heard that the bar itself is a "drinker's paradise."

The most important aspect of a concert venue for me is the stage. The stage should be the focal point of the room. When I walked into the Rrazz Room I felt as if I were walking into a huge concert hall. The stage literally speaks to you as you arrive. The room itself ha…
5 comments
Read more

My Photos Of The Dale Chihuly Exhibit @ The DeYoung Museum

- April 05, 2009
I remember these tunes
so vividly in my mind
Bolivian rhythms
wafting across the square.

The memories linger
sweet incantations
swirling pulses
throughout my veins.